I normally limit myself to a single beer in one 24-hour period. Mostly, this is because I’m no longer 23 and can’t just bounce back from a night of drinking like nothing happened.

Well, last night, I decided I really wanted a second beer, and I paid the price by needing to sleep until 11 a.m. I’m sharing all of this to say explain why I’m exceptionally late with this edition of The Otakusphere. No, I don’t have the coronavirus.

Anyway, here’s some music to start this tour around The Otakusphere.

I’m sure I mentioned somewhere on this blog that I love hard-boiled detective stories. I love the whole range of them, from Dashiell Hammett’s Continental Agent to Michael Connelly’s Harry Bosch. There is a wide, depth of stories that can be explored by people existing on the edge of society.

This is what caught my attention about Lynn Sheridan’s Fruits Basket post. I often wonder what a noir version of Dragonball Z might look like. Krillen would definitely be the hero, and his sidekick would be Goku. Because that’s how these things work.

Kenshin Himura is already a noir hero, so that wouldn’t be much of a stretch either. I don’t know why I’m picking fighting shows. I’ve probably just read too much Matthew Scudder.

You ever read a blog post and they get to your point about three paragraphs after you had it. Well, that’s what happened with this post from SpaceWhales about their least favorite trope in fiction — mind control.

I thought, but the best mind control stories are the ones where it either isn’t really mind control or the mind control just brings out someone’s hidden desires. Those plot lines can be really dark and dramatic. Then the post brought up Killgrave from Jessica Jones. It was weird.

Anyway, it’s worth giving it a read, and for what it’s worth, my least favorite trope is “the husband did it.” Basically, it’s usually a thriller storyline where the big twist is that it was really the woman’s husband (or the husband’s wife) the whole time. Generally, it’s super clumsily done, and it’s never really a twist.

There was one Harlan Coben novel that did a good job with it, and I totally didn’t see it coming. That was the one time. Otherwise, I see it every single time. You’re not fooling anyone.

Fred finally wrapped up his set of blogs about Evangelion with talking about Kaiji, who really does seem like the most normal and well-adjusted of all of Eva’s characters. Though it does seem like he’s given the choice between knowledge and happiness, and in the end, he picks knowledge. I’m not certain if that means that there is something wrong with him or not.

Much like MagicConan, I’ve never been big into cosplay. I admire the work that a fantastic cosplay takes. One of my favorites comes from Magic: The Gathering cosplayer Christine Sprankle doing Avacyn. Now part of my love for this is the photography, but I can’t imagine the amount of work that went into those wings. That is a lot of effort. 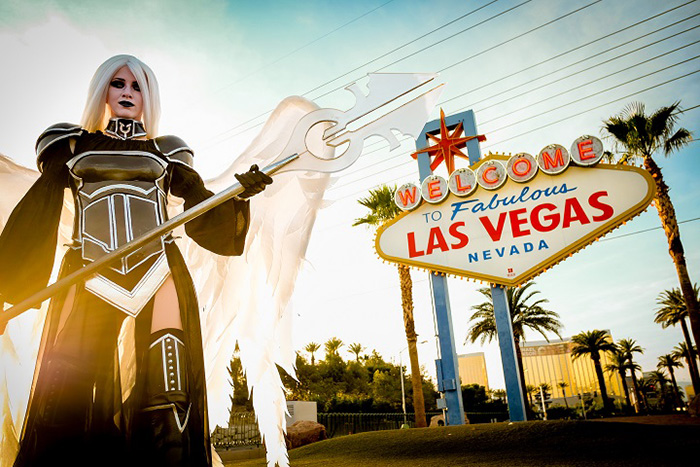 And talking about going to your local store, we’ve got a few posts this week talking about the novel coronavirus. Here in the U.S., it’s pretty much the only thing that people can talk about, and it has really reshaped everyday life. Students are out of class. Malls are closed. Gamestop declared itself an essential business like grocery stores.

Biblio Nyan, who thankfully has returned to blogging, gives us their experience with self-quarantine. I think we all at sometime dream about not having anything to do, but there is something profoundly boring and isolating about never leaving your house. I’m glad to have work to define the rest of my life.

Third Impact Anime also has a post about surviving the lockdown. One of the things that both of these posts bring up is the importance of cleaning your house. As I’ve gotten older, I’ve learned the importance of having things straightened up. It feels good to push back at entropy sometimes.

To wrap up the coronavirus trifecta, here’s a post from A Fan of A Certain Age that touches on the struggles of trying to make big changes in the times of the pandemic, and about moving with a lot of stuff. As someone who has stuff in two different states even after 12 years, I get what he’s saying.

So we’re near the end of March and I have yet to mention Scott’s and LitaKino’s journey through mecha at all. Or at least I don’t remember doing it. So I’m going to share this set of posts. One from Scott about favorite protagonists in mecha.

I’m torn about this. Some days, it’s Chirico of course. He’s really the most manly of my favorite mecha pilots. Sometimes it’s Kazuma from s-Cry-Ed because the shell bullet is a mecha, right? Sometimes it’s Kamina from Gurren Lagann, but other people have written better paeans to the man who convinced Simoun to aim higher.

Here’s a post from LitaKino about her dream mecha show. It’s always interesting to imagine what show you would create if you had time. Personally, I really like Galaxy Express 999 because it’s so strangely fanciful. If that could be done in a mecha show that would be interesting. Or if someone could actually do a war epic, a la Legend of Galactic Heroes, I could get into that as well.

Finally, I wanted to point out that #AniTwitWatches is starting a new season. This time we’re watching Wandering Son. I’m hopeful it will be something I enjoy, and it’s always nice to have as many voices as possible contributing their thoughts. Here’s the information about it.

Anyways, that’s all I have for today. I have one more post about RahXephon, and then I think I’m going to catch up on the bagillion tag posts that I still haven’t done, while I prepare to take on Haruhi. The light novels so far are pretty interesting.

And, as always, thanks for reading.

12 thoughts on “The Otakusphere: Mecha, coronavirus and too many beers”