Do you ever have relationships with characters?

I don’t mean the “this is my waifu or husbando” kind of relationship, or the “that guy/gal is super cool and I’m infatuated with their coolness” type of relationship.

No. What I’m talking about is that friend who you’ve known your entire life. The person that you knew during their goth phase and they knew you when you were totally into My Chemical Romance. You might hate them and then love them and then feel like you completely don’t understand them. 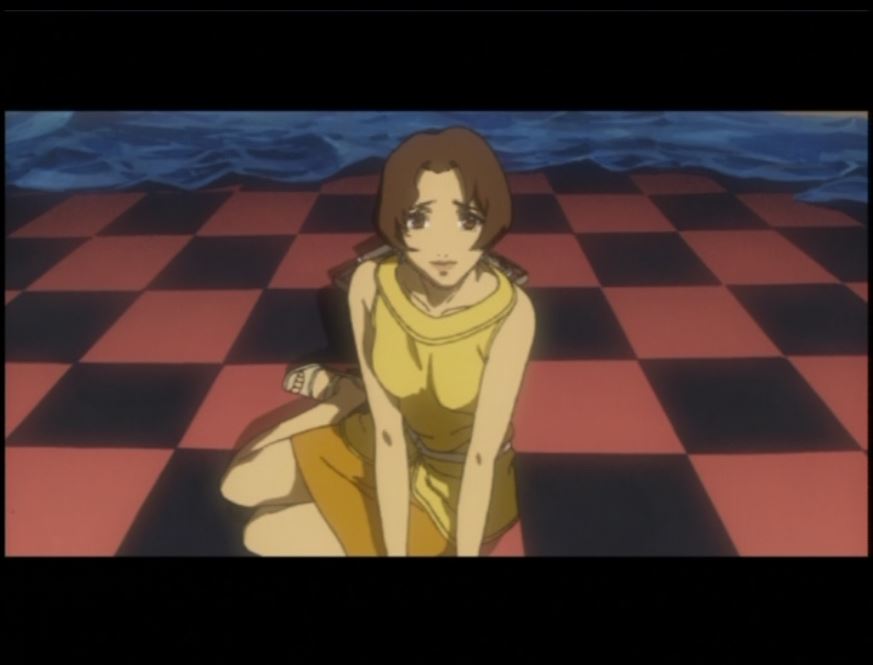 You know all of their flaws, even the ones they won’t admit to, and they probably know all of yours even though you don’t believe it.

That is the kind of relationship I have with Haruka Shitou from RahXephon.

It’s obviously one-sided since she is a fictional character, but it’s no less complex. I started off infatuated, I became disillusioned and now… well, I don’t know. I see her flaws, I see her strengths, but I’m just not sure what to think about her anymore.

This is why I think she’s perfect fodder for a blog post.

A woman of two times

Haruka is a lot like many of the characters in RahXephon. She is defined by her trauma much in the same way that Kim, Kisaragi, Nanamori and Kunigi are.

When the Mu stole away Tokyo, they took away not only her home but the only boy she ever really loved. That theft left Haruka with a piece of herself stuck in the past.

The show goes out of its way to demonstrate this. First of all, she is the only character with a watch that tells the time in both the outside world and inside Tokyo Jupiter.

She is also paired with clocks in the opening. Itsuki tells her that her clock stopped. Then there is a really big spoiler that I will put in the next paragraph. 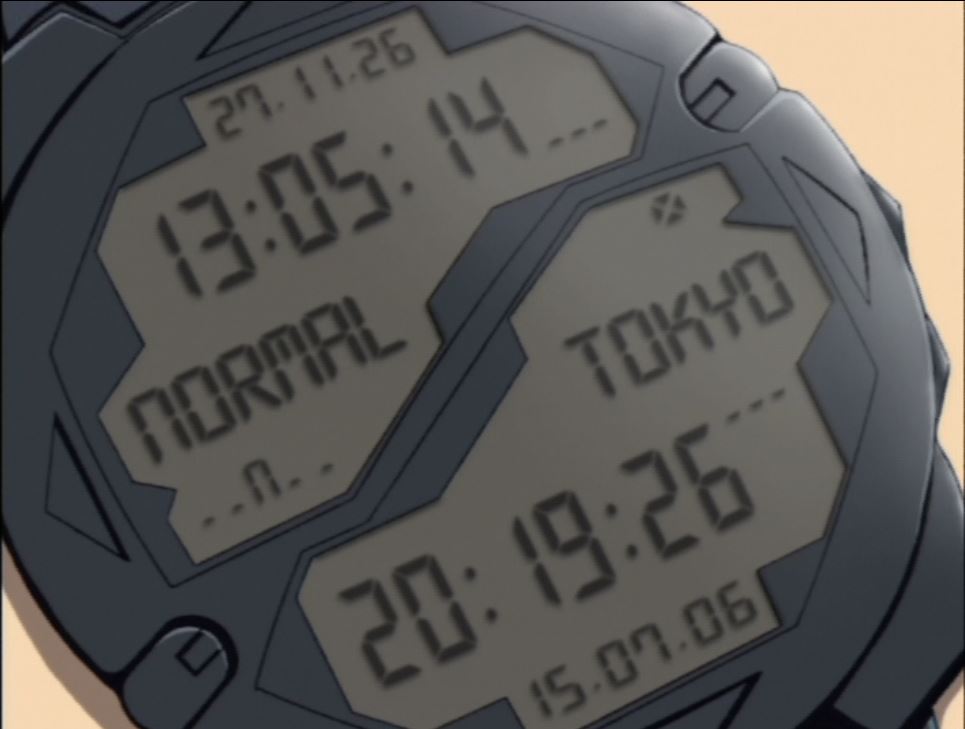 (Haruka is basically split across two characters. The older Haruka and the younger Reika Mishima who represents the Haruka that Ayato loved. She is literally split into two separate times.)

Since she exists in both times, she is one of the few people who sees Ayato as something more than just where he’s from or what he can offer. This is what I meant when I said that the fundamental conflict on a personal level is between Haruka and Maya.

Maya loves Ayato and wants to protect him, but ultimately doesn’t really see him as a person.

While in the final episode, she chides Haruka for making Ayato suffer, I don’t think Haruka is really to blame. I think he suffers because he learns that his world was a lie, and then that the world he fled to was a lie.

Haruka’s love rescues Ayato, but it kind of dooms her as a character.

Behind every strong woman

It’s that love that made me fall in love with Haruka to begin with.

That is what I loved about her. She was dedicated to saving her boyfriend beyond all reason. She even crossed into the past of Tokyo Jupiter to rescue him.

She literally transcended time and space for her man.

As I grew older, I became more frustrated than enamored by that idea. Haruka is easily one of the most capable people in Terra, but she is defined by Ayato. Everything she does is for him, and she just kept pining for him.

What started off as seeming noble and romantic turned into something that was just pathetic. Really, what beautiful and intelligent woman would sit around for 13 years waiting for her man to reappear.

Maybe this woman exists, but I’ve never met her.

It got to the point where I would dread the scenes with her before Ayato flees to Tokyo. She kind of got better toward the end, but even then I had a hard time with her just collapsing and needing to be pulled up by Megumi in the final episode.

For a woman with so much backbone in other areas, this felt like the one place where she had none, and I really wanted more from her.

Now in my early 40s, I see Haruka from a different perspective.

Haruka Shitou starts RahXephon at the ripe old age of 27. This is remarkably old for anime, which seems to either love for its characters to be teens or gray-haired ancients.

This is to say that even in my early 30s, I don’t think I was old enough to appreciate what Haruka was really searching for.

It’s hard to really grasp what it is to lose someone really dear to you until you do. In my 20s and 30s, I had been remarkably tragedy free. I did lose my grandparents when I was young, but I was never close enough for the loss to hit home. 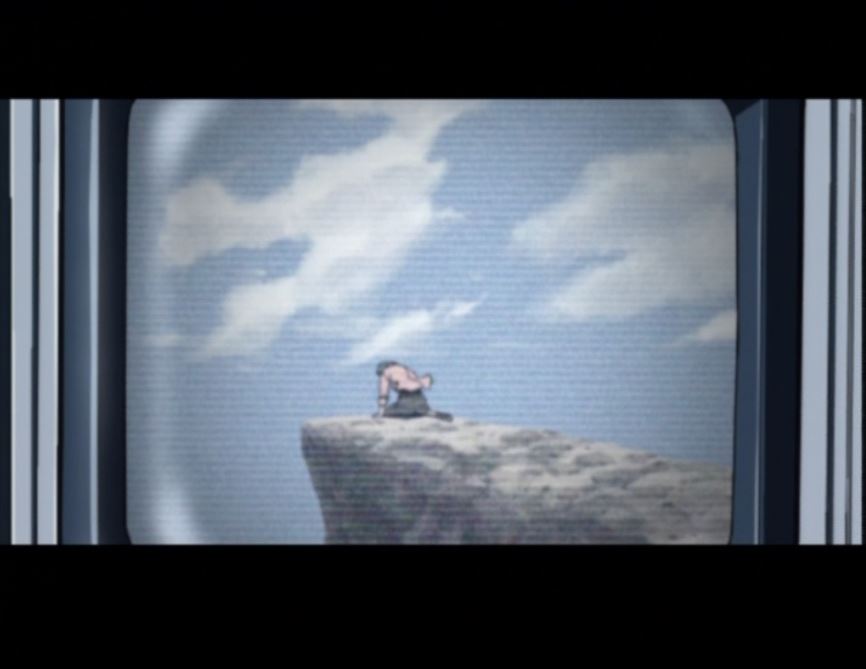 When I lost my dad though, that was a different story. It’s a constant kind of ache. It’s always there, but you end up accepting it over time. I don’t think I’ll ever get to the point where I don’t wish I could talk to him again though.

That’s what I imagine Haruka’s relationship with Ayato is. It’s a constant loss. The swelling has gone down, and the pain has dimmed, but it’s never really gone.

Having him be so close, but seem so unattainable must be heart-wrenching. It would be like having a dead loved one return, but not know who you are.

This is where I’m torn. If I look at it logically, most people I know would have moved on sometime in their 20s. I don’t know anyone who is defined by a relationship they had at 14. That just seems ridiculous.

But if I look at in the light of my own experiences, I can understand how that kind of loss could define you. I could see how someone might never let go of it, and carry into the rest of their lives.

That’s why I think I’m ready to be friends with Haruka Shitou again.

I get it. You’re OK. You really, really are.

So what do you think? Do you have any characters that you’ve had a strange relationship with that has changed over time?

6 thoughts on “I may just get you Haruka Shitow”