I don’t think I can write an entire series about RahXephon and skip out on talking about Episode 19, or really the tragedy that surrounds Hiroko Asahina.

By necessity, I’m going to need to talk about spoilers here. Sure the fact that I’m saying that she is involved in a tragedy is a spoiler, but I’m still trying to stay vague.

OK. Now that I’ve fulfilled my end of the social contract, let’s get into it.

As I’ve talked to people about this show on Twitter, or read other people’s threads, they’ve all brought up Episode 19 as one of the most heartbreaking episodes. From Asahina’s opening voiceover to the scrawled “Goodbye” on the blood-stained journal, everything about this episode is so damned tragic. 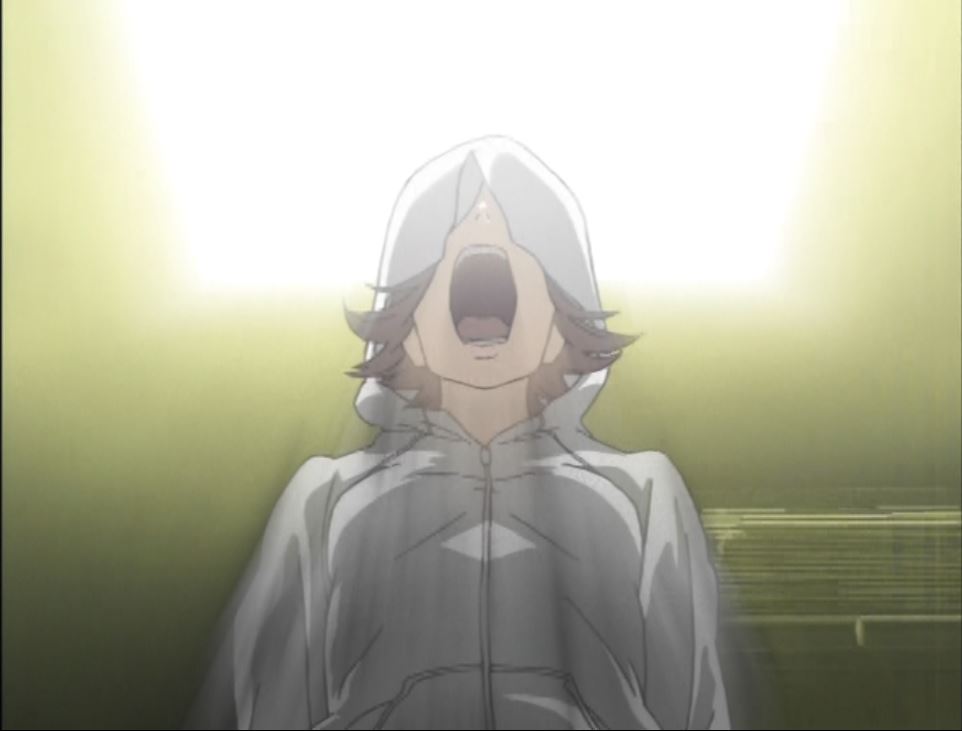 There are so many things I could talk about in this episode. It’s the only episode to use voiceover, giving us a direct window into Asahina’s mind. We need this because there are so many spots where the words she says are not the words that she is thinking.

Then there are the scenes where they are looking away from each other even though they are talking to each other. Or the one where the director uses the words written on the pavement to convey what Asahina is trying to say when she is drowned out by the truck.

While all of this is beautifully done, where I really want to start is where we first meet Asahina again, inside a changed Tokyo Jupiter in Episode 17.

Asahina on the edge

We first see Asahina again as Ayato’s mom is driving him home from the hospital. He sees Asahina and Torigai standing on the side of the road and tells his mom to stop. When he gets out of the car to talk to them, we see a very different Asahina.

Gone is the bubbly teen who teased Ayato about the pretty girls he was drawing. She is replaced with an anxious girl who knows that something is wrong but can’t tell what it is.

Just before this, we say a scene with Elvy and Haruka where Elvy wondered why no one notices the giant robots in the sky. Haruka answers that the mind control has been turned up.

While most of the people in Tokyo Jupiter haven’t noticed their gilded cage turn into a prison, it’s obvious that Asahina has. She tells Ayato that it feels like she should remember things, but she simply can’t. 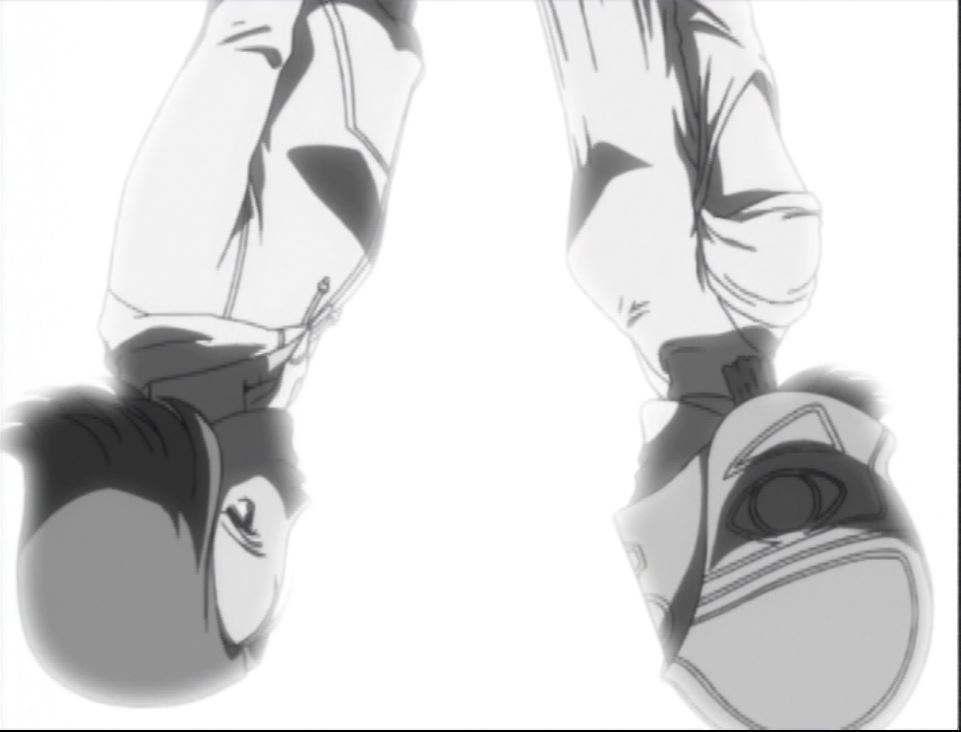 This continues to echo through the next episode, where a pre-Tokyo Jupiter memory seems to poke through. Granted, I’m only making an assumption, but it seems like a safe one. The show’s visual language uses these washed-out scenes to indicate memories, and along with this scene, we saw Haruka standing outside of her former middle school.

This is made worse by Torigai, who does know what is going on, yet completely gaslights his. We are never really told why he makes that decision. It could be that he’s ordered to, it could be that he wants to protect her or it could some combination of these things.

But whatever reason he uses, it further isolates Asahina and pushes her to seek answers from the only friendly face that she knows — Ayato.

I often wonder about the scene where Asahina meets Ayato shortly before their escape from Tokyo Jupiter. She begs him to confirm her delusion that her blood is red. He does it because it’s kinder. I don’t know if he shouldn’t have just told her the truth.

This is really where her tragedy starts. She has no information. She seems to have been used as a convenient pawn by forces beyond her ken and given no information about them. Leaving with Ayato is the first truly free choice that she made.

What I struggled with, and still struggle with to be honest, is defining what the Asahina’s tragedy means. It’s not hard to figure out why she is a tragic character. She pretty much spells it out in the first few minutes of her voiceover. As they are walking toward the city, we hear her say:

And as they are looking down at the city lights in the distance she says:

“I’m scared. I’m scared and afraid of the city lights that should seem warm. And of myself.”

The fatal flaw is that she doesn’t understand who or what she is, and she is too scared to talk to Ayato. All she wants is to escape, but she can’t imagine a place where she can run to. When Ayato asks her where she wants to see, she says “Some country that isn’t here. Someplace far away. An unknown land.”

That’s because she can’t escape herself.

As much as the line when they are watching the boats gives me chills, I still find myself struggling with what the show is trying to say here.

On the one hand, this is a show about following your passion. Even beyond all of the machinations of the Mu and Babhem, Ayato pursues the Girl in Yellow. Along the way, he learns to accept others and accept himself.

But how does Asahina fit into that? She seems to be punished for trying to escape her fate. Just at the moment when she seems the most likely to connect with someone, it’s taken away from her because her true self comes out.

Is the show actually saying that trying to be something that your not is bad?

To be honest, I’m not sure, but there is another way to see this.

She is the hamster that escaped its cage only to find the cat was waiting for it — completely unprepared for what was going to happen.

That’s the real tragedy with Asahina. She was never given enough information to make a choice. She was, for all intents and purposes, a piece for other people to move. Her end was inevitable, but not for any reason of her own.

But I do wish she managed to find her unknown land.

I apologize if this one is a bit more messy than normal. I’m still not certain about my thoughts on this episode, and on Asahina as a character. What do you think about her character? I know everyone I’ve seen talk about RahXephon talks about Episode 19, so what do you think?

2 thoughts on “The tragedy in Episode 19 of RahXephon”