Beware! For ahead lay mild spoilers for RahXephon, or at least items I did not pick up until the second or third time I watched it.

You have been warned.

There were a lot of things I expected when I started this series of posts about RahXephon. I expected interest would dry up. I expected that I would bring up Evangelion at least three times. And I expected to talk about the Mu, war, art and dreams.

What I didn’t expect was to be surprised.

I repeat this refrain a lot. I sit down with a show that I’m fairly comfortable that I know. I start to watch it. Within a few episodes, I find nuggets I never saw. 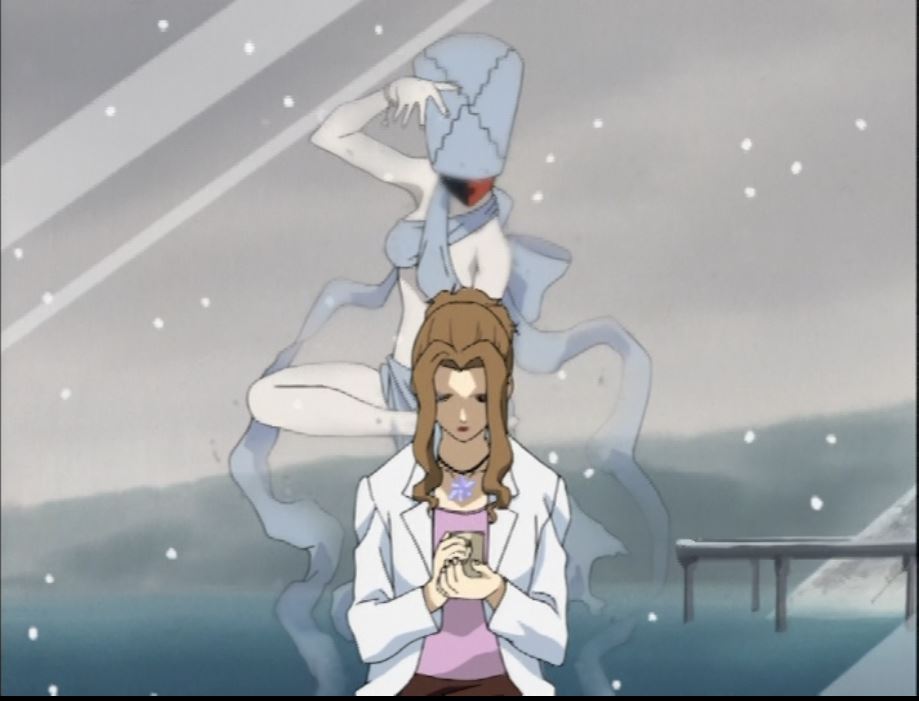 But this is my favorite show ever. I’ve lost count on the number of times I’ve seen this show. I thought I knew all of its secrets, and plumbed all of its depths.

The thing about knowing all the secrets of a show is that watching a familiar episode can quickly get added meaning that you weren’t expecting.

That’s where I ended up during Episode 8 “The Holy Freezing Night/ The Dreaming Stone” when it came to Itsuki Kisaragi. 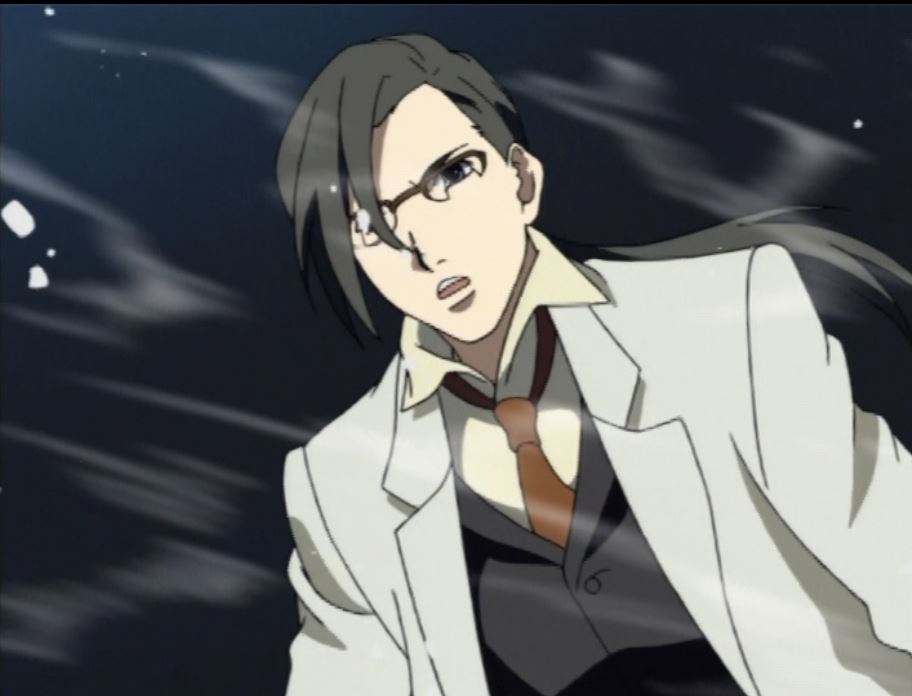 The Ice Prince and his stoolie

This episode picks up right after Episode 7. In that episode, Ayato wrecked a giant dolem that was floating on clouds. Unlike other dolems, this one didn’t turn into a pool of blue goo. Instead, it remains intact.

As Kisaragi is searching the wreckage he finds a crystal in one of the cracks. He takes it out and fashions a necklace from it. He has his assistant Saoyoko Nanamori take him around on some errands, and at the end of their trip, he hands her the stone.

Nanamori has the hots for him, but he’s pretty cold to her. She takes the stone gladly and he puts it around her neck. The cultural context of Christmas being a largely romantic holiday in Japan is probably important here as well. 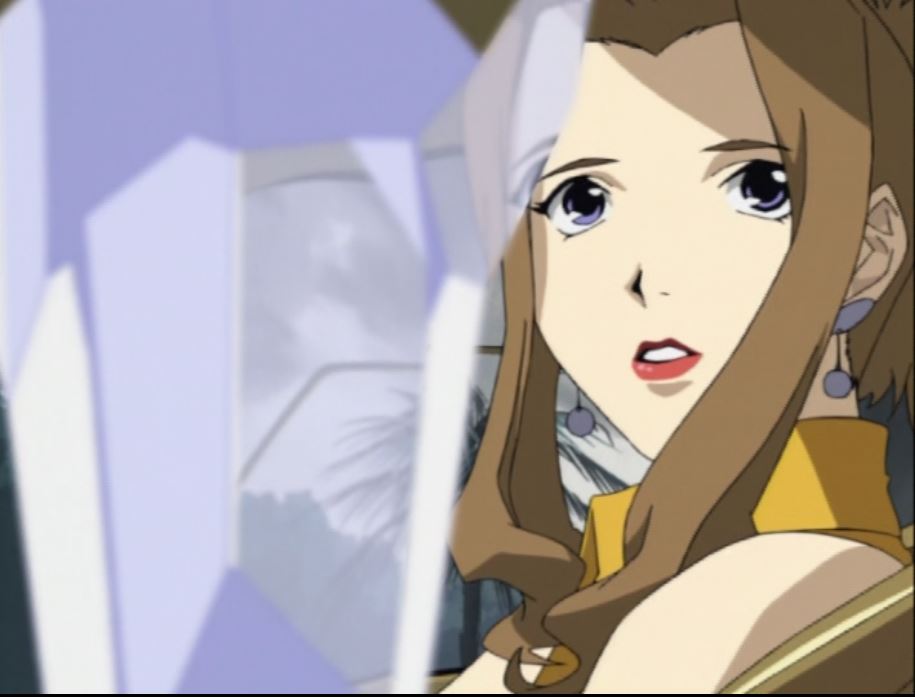 Immediately after he hands her the necklace, the sky gets cloudy and it starts to snow. This is unheard of on this tropical South Pacific island, but it does provide a good excuse for a Christmas episode.

I just want to note. He doesn’t try to take it back from her. In fact, he just smiles and wishes her well.

On a side note that becomes relevant later, we see Haruka give Ayato a pair of gloves that she was saving to give him during a Christmas long, long ago.

As the episode progresses, Nanamori becomes protective of the stone as it starts to prey on her mind. The show explains later on that the Mu are only able to exist in the world when someone bonds with a dolem. (I’m sure they had another word, but I can’t remember it right now.) So the Mu intelligence seeks out Nanamori’s feelings of isolation.

The fact that she wants Itsuki, but he’s still in love with Haruka is complicated when she believes Haruka is interested in Itsuki. This is all further compounded by her feelings of responsibility for the deaths of her father and brother. 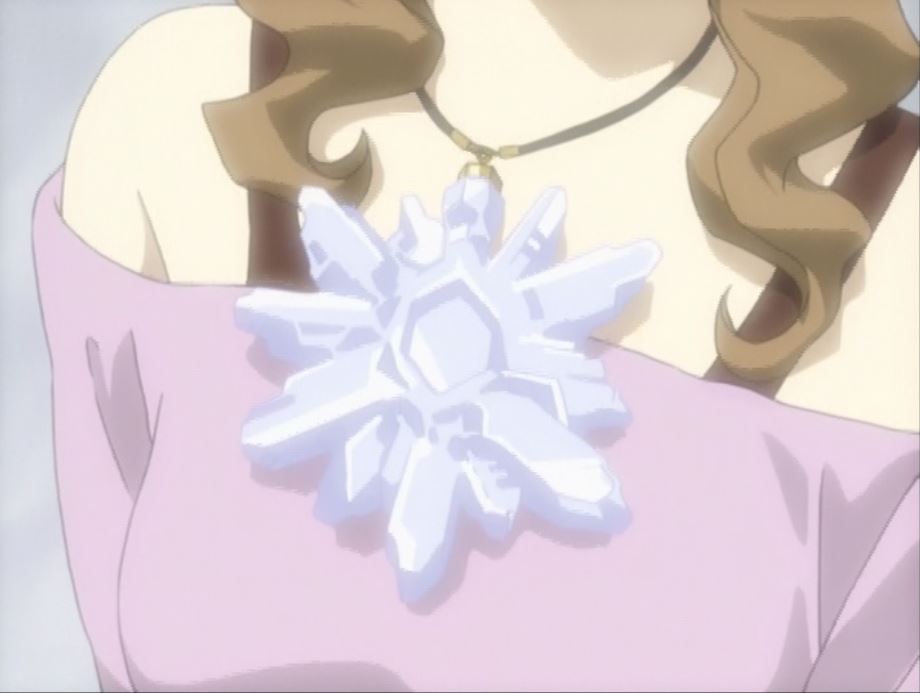 All through this Itsuki doesn’t do anything until it is too late. He sees her standing in the lounge with the now grown stone around her neck and she launches out the window and becomes part of a new dolem.

So Ayato now has to go out and fight the new threat, but he learns that Nanamori is stuck inside it, and he wants to save her. Even after the commander tells him that one life doesn’t matter, he refuses to kill her.

Ayato is blasted by a beam of cold, and as he’s freezing in the cockpit, Ixtli shows up, gives him the gloves that Haruka gave him, and he is able to generate enough warmth to shatter the ice, dispel the unnatural winter and save Nanamori.

I like Quon’s line here. As this happens she says, “The Ollin’s light. Its brilliance beckons. A gift from the soul.”

As if to reinforce this metaphor, Watari (he’s the guy with the eye patch) compares Ayato and the RahXephon to the sun.

I’ve mostly avoided spoilers at this point, but this is the point of no return.

Itsuki is Ayato’s brother. In fact, he is Ayato’s twin brother. I’m planning on putting together an entire explanation post for RahXephon. But through a series of lines and a couple of scenes, it’s explained that Itsuki and Ayato both could have been the Ollin, but one of them stayed in the outside world and one was kept in Tokyo Jupiter.

(The more mind-bending thing is that Quon is their mother, but that is neither here nor there.) 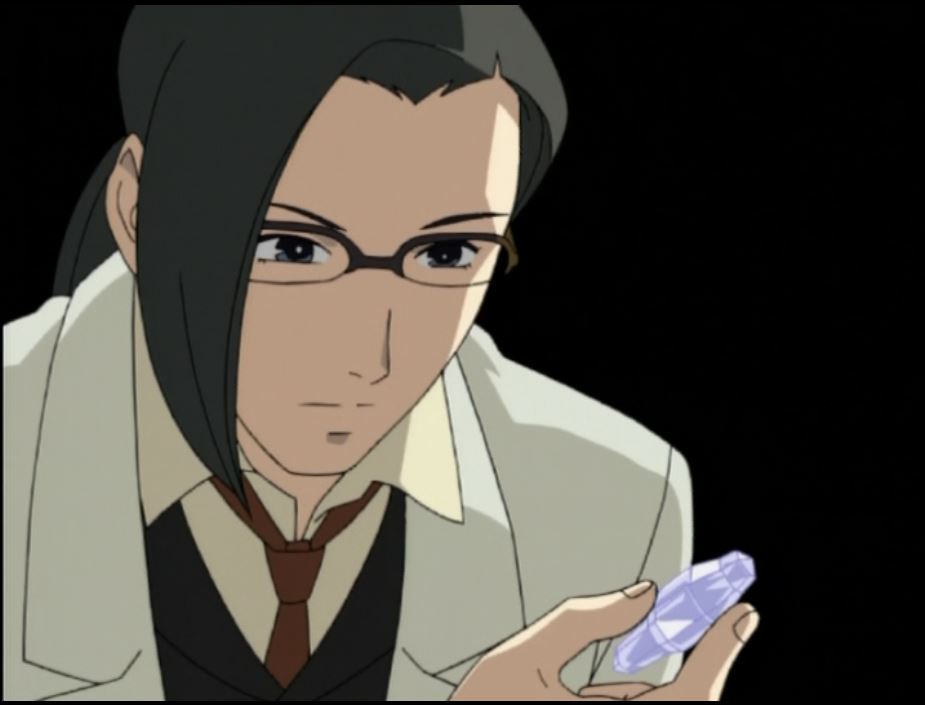 Basically, Itsuki is saddled with knowledge but no power.

But he uses that knowledge in unethical ways though. He knows, or at least reasonably suspects, that the remains of the dolem are in the stone. He uses Nanamori’s affections to test his theory, and even when she apologizes for losing his gift, he continues to string her along.

He is knowledge without empathy. In many ways, he’s more the target of the line dolem Nanamori says: “One loved by none. Open they eyes and see just how cold thy heart truly is.” 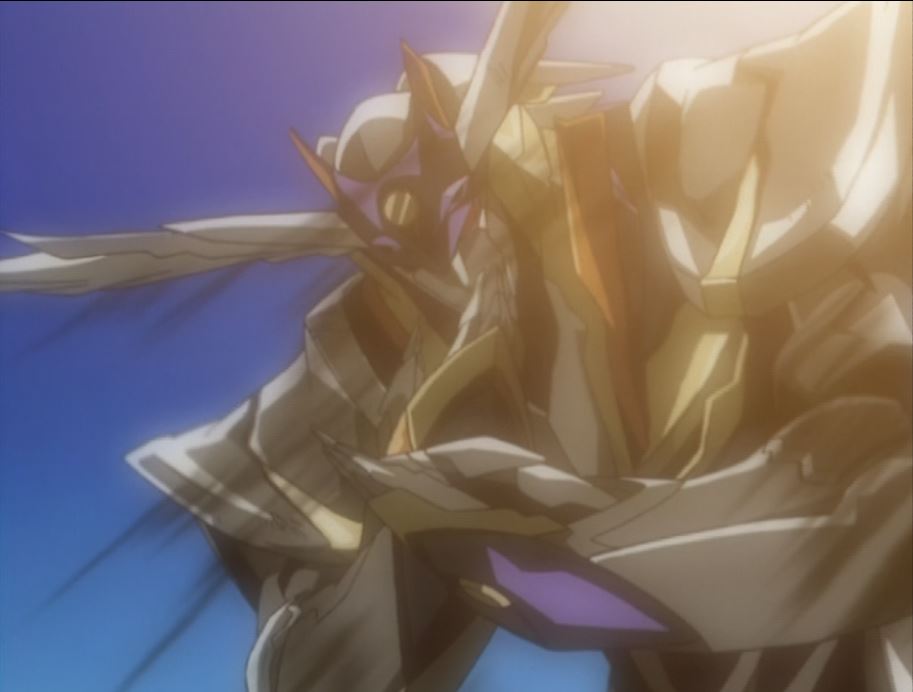 Ayato quickly proves to be Itsuki’s mirror image. He is empathy without knowledge. He refuses to abandon Nanamori even when he doesn’t know how to save her.

When he’s knocked down, he’s warmed by the power of Haruka’s love and is able to perform miracles.

In this, we see one of this show’s core messages repeated. Empathy is a unifying force. We can be joined by caring for one another.

While I think it’s easy to say that the show is dismissing knowledge, I don’t think it is. It’s saying that knowledge without empathy is destructive.

What do you think? Am I on the right track here? Leave a comment below to tell me how truly wrong I am or right.