I’ve fallen super behind on answering them, so I’m going to answer all of Keiko’s, Tanteikid’s and Pinkie’s questions in a single post. I hope that is OK. 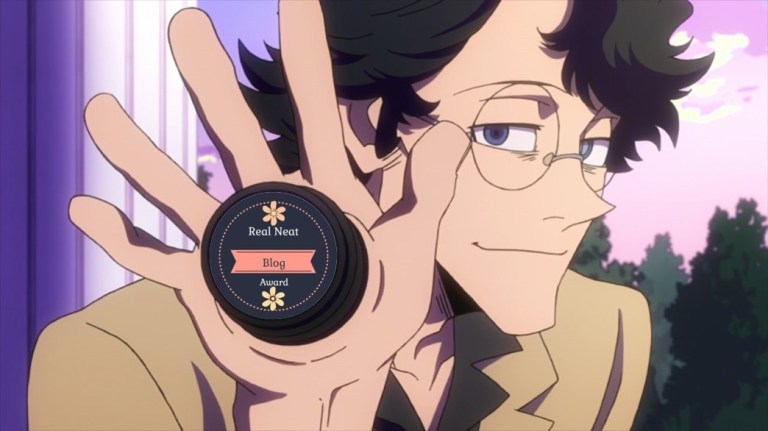 But first, thank you very much, Keiko, Tanteikid and Pinkie for your nominations. It’s always a pleasant surprise to find that someone thinks I have something interesting to say. If you’re reading this and haven’t checked out Keiko’s Anime Blog, BlazTavern or Pinkie’s Paradise, then you’re missing out. Go check them out. Do it.

Now, there are some rules, and they go something like this (One, two, three, let’s jam.):

That brings us to the questioning, but first a really old meme.

The cheeky answer to this is that I survived, but really I had a reasonably decent year. I had a couple of interesting things that happened at work that I enjoyed, even if they were stressful. (I apologize for being purposefully vague there.)

If I had to pick a non-work highlight, one of my English Lops had eight kits, which was the largest litter I’ve ever had. They were super cute too.

Have you set yourself any goals for the next year?

Again, with the tricky questions. The way my life is, I have goals for each day. Like, get out of bed. Go to work. Watch School Days. But I’m pretty sure that’s not what you meant.

Which three fictional characters would you like to be stuck in a snowstorm with?

So these are the characters I think it would be the most interested in spending a long time in an enclosed space with. I mean I could always cheat and say someone who could get rid of the storm, but that’s no fun.

Based on those conditions, I’m going to pick Beast from X-Men, because he could have some fascinating conversations. My second pick would be Isaac and Miria from Baccano! because they are fun without being mean-spirited if that makes sense. The third choice would be Futagami from RahXephon. Only because I’ve been watching that show, and he’s always been my favorite character in it.

Man, there are so many good opening’s to choose from, but the one that always gets me jazzed for the show is the opening for Kaiji, and the animation and designs just go along with it so well. Here take a look.

But, my opinion could change at any time. Just as I was writing this, I thought about this opening.

For me, it’s harder to pick an ending that I really like. Normally, I skip them if I can, but there are a few that stand out. I think I’ll pick this one from Beck: Mongolian Chop Squad.

There is just something about that wall of sound, the impressionistic portraits of other bands and the vocals that kind of sum up the youthful idealism that is featured so heavily in the show.

Do you prefer anime or manga?

The truth is that I watch more anime, so I probably favor that. I’ve had some bad experiences with manga. Some of the bad ones can be a bit hard to follow, where, even in the worst anime, I still know what is going on.

If you could be a fictional character for a day, who would you be and why?

This is going to sound strange, but I’d really like to be Columbo. You know that detective that was played by Peter Falk in the 1970s.

What’s your favorite time of year?

So that wraps up those answers, now let’s move onto Tanteikid’s questions.

What is your favorite anime hairstyle?

I’ve never been a big fan of the spiky hair anime hairstyle. I mean it’s fine, but it also looks really strange if you try to do it in real life. That said, I’ve always been a fan of Leiji Matsumoto character designs, so I’m going to pick Space Pirate Captain Harlock’s hair, because like everything about him it’s inspiring. How does he have so much of it? How does he keep it from getting ratty? 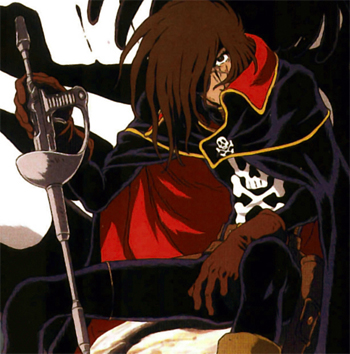 So I don’t know enough about isekai to have a really good answer to this question. But if there is a power that could add like seven hours to my day, and do all of my chores for me, then that’s the power I want. The power to magically clean rabbit cages, and do the dishes without any effort.

Who is the best animal in anime?

Just because I watched it so recently, I’m going to have to go with Pen Pen from Neon Genesis Evangelion. I mean who just randomly has a pet penguin. I know there are penguins in Africa, so you can have them in warm temperatures, but do people really keep them as pets.

Definitely the best animal though.

Would you like to be the MC or a side character in a rom com?

The side characters are always the best in rom coms. They get to have all of the fun without any of the consequences.

Who is your favorite anime martial artist?

This is a surprisingly hard question to answer. So I would say Sanosuke Sagara from Rurouni Kenshin because I always like characters who refuse to give up in the face of adversity.

He also gets some of the best scenes in the two good seasons of the show, and he shares a name with one of my favorite mecha pilots.

Do you think strength or intelligence is more important?

I’m not sure that is a fair dichotomy. Really I think endurance is the most important. I mean you can have all of the strength in the world, but if you can’t keep going then it’s all for not. Also having the fortitude to keep working at a problem is more important in the long run than just being intelligent enough to solve it.

No one in real life, no matter how brilliant, solves a problem the first time. They need to be able to learn from their mistakes and adapt to the situation. I know that also lumps flexibility in there as well, but I think that is part of the larger endurance issue.

So I’m going to say, endurance is the most important.

Is there a fantasy monster you think can be good?

So I think there can be a lot of good fantasy monsters, but I’m not totally sure what you’re asking here. Do you mean is there a monster that I think can behave in normal society? Sure. I think most of the more human ones can.

If you mean, are there fantasy monsters that I like. Yeah. So I was just watching Dororo and they had an episode with this woman was really the tail of a demon. That was pretty cool.

So now onto Pinkie’s questions.

If you could do the fusion dance with any character from anime, who would you fuse with and how would you be called when fused?

So I’m not sure I have a good answer for this one. I mean I’m not super-powered, so I’d be horrible paired with anyone that is. That pretty much leaves out all of those characters.

If you gathered the seven Dragon Balls, what would be your wish?

That one is pretty easy. I would wish to always have enough money. I don’t want to be rich, just comfortable.

I know that it’s pretty boring, but I have everything else that I really want in life, but it would be nice to never need to work again.

What would be your Devil Fruit if you had to eat one?

I think this is a One Piece reference. This is a show that I’ve never seen, so I’m not really sure what a devil fruit is. I’m going to leave this one blank.

If you were Shou(ette) Tucker and you had a boy/girlfriend/lover, a best friend or a single parent which one would you use for a chimera and would you fuse them with a dog, a chicken or a cow? Also WHY!?

OK. So being Shou Tucker, I would use the one that would be the least likely to be missed, or that I had the most plausible explanation for their disappearance. If you think about it, first he used his wife, who he could easily say had run off or died. Then he used his daughter, who again he could say had died. Granted I’ve always wondered how he got away with that.

Using that logic, the single parent would be the least likely to be missed. No, I am not a serial killer.

If you got a Geass that could save ONE but only ONE character in Code Geass from death which one would you save?

Euphemia. I didn’t even need to think about it. The most tragic moment in that series was when Lelouch accidentally uses the geass on his half-sister and destroys the potential for peace. I remember being shocked by that. It’s one of those moments that I would love to experience again for the first time.

If you were Maximillion Pegasus, which blogger would you steal his/her parents’ soul to make them do a collaboration with you?

But if I could do a collaboration with anyone, it would be with Mike Toole from ANN. That dude seems really cool, and he’s from New England, I think. That’s something I can get behind.

If you were a homunculus in Fullmetal Alchemist, what would be your Sin and how would that relate to your abilities.

So I put the pro into procrastination. I am definitely Sloth. I’ve found both of the depictions of Sloth were kind of weird in Full Metal Alchemist. Sloth should just have the power to stop time and have a permanent field of ennui.

These answers turned out a lot shorter than I expected. I apologize to anyone that felt let down. I tried to put some thought into them. I promise.

Anyway, now let’s get to the questioning and tagging.

1. What appealed to you about anime when you first started watching it?
2. How do you watch anime? Do watch an episode or two at a time, or do you binge it or somewhere in between?
3. What anime do you like that other people actively despise? Why do you like it
4. If there is a super team of bloggers, who is on that team and why?
5. What was your favorite piece of writing from 2019? (Thanks Keiko for the idea.)
6. If you could be any character in anime or manga, which character would you want to be and why?
7. What is the best dessert?

5 thoughts on “I have a Real Neat Blog: The XL Edition”