It’s happening. Goro Taniguchi is coming back with an anime about … figure skating? I’m breaking with my normal intro format to mention this article about Taniguchi teaming up with someone from Black Clover to produce a figure skating anime.

I will be OK with it, but only if it has some reckless fire.

Yes. I did that just so I could slip in the opening to s-Cry-ed. It’s one of those days. So let’s buckle up and get ready for our tour around the Otakusphere. 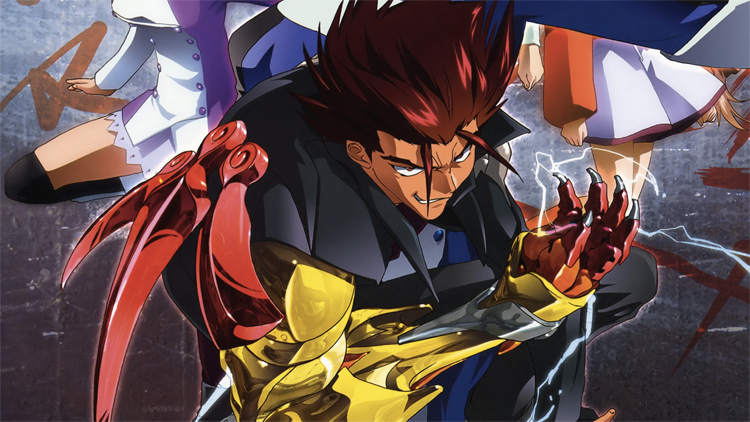 The cool folks at Kawaii Paper Pandas posted a pretty lengthy piece about drama and dramatic anime as part of a three-year anniversary celebration.

First, congratulations are in order. Reaching three years is no mean feat. I say this as someone who blogged for about 10 months before putting it down the first time.

Now it’s time to make a stop by Keiko’s blog. I really want to share the idea of an anime advent calendar. Now personally, I can only think of a paper calendar where you open each of the doors and anime falls out, which is what is happening in a digital way. I’m picking the one that is talking about Haikyuu since that seems to be the thing everyone is talking about.

Go on over and check it out.

Tower of Druaga was always one of those shows that I liked, but never seemed to get the love that it really deserved. I’m glad that Jon Spencer decided to bring it back up. Go read both of his reviews and go watch the series. It’s definitely worth your time.

I seem to be sharing a lot of reviews this week, but this is a movie I’ve really wanted to see. I still haven’t gotten around to it though. I’m talking about Trigun Badlands Rumble. The Review Heap took a look at it. Somewhere on this blog, I wrote about how I’m not a big fan of the end of the TV show, but this review gives me hope that I won’t have to deal with that.

I’m going to close out this round with a meta post from Scott over at Mechanical Anime Review. I applaud him for being disciplined enough to wait more than a day to post. Generally, 90 percent of what I write is done that day with a single reading for clarity. It probably means I have a few lousy sentences, but I have zero patience.

On a personal note, I finally did it. I finally finished Neon Genesis Evangelion for the second time. I have three more blog posts planned in my head, and hopefully, I will be able to get them out of my head fairly soon.

4 thoughts on “The Otakusphere: Reckless fire, Keeping a schedule and so many reviews”