This is the third time I’ve started this post, and each time, I’m not sure where to start.

So I’m going to start at the end: I don’t think Shinji Ikari reaches episode 20 as an anti-hero.

There are definitions for heroes and anti-heroes but they aren’t particularly useful here. Heroes have noble qualities and are willing to be selfless and fight for what is good.

Anti-heroes tend to fight for themselves and don’t have those same qualities.

Here’s a link to a page detailing that stuff. 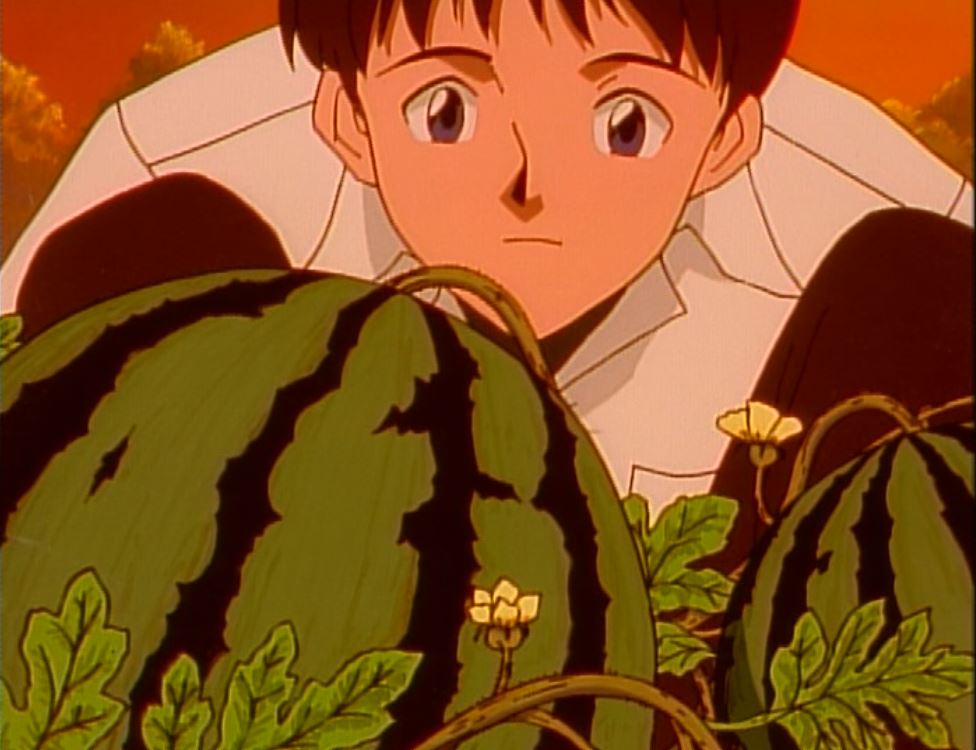 In general, anti-heroes run the gamut. On the lighter side, we have characters like Wolverine or Deadpool. They’re somewhat self-involved. They’re not concerned with moral questions, but they work on some sort of moral code.

On the darker end, we have characters like Vic Mackey from The Shield or Walter White from Breaking Bad. They are effectively the protagonist because they’re who is at the center of the show, but rarely, if ever, are their actions heroic.

These aren’t words that you hear from the normal anti-hero. In fact, they aren’t cowards, and they’re not ashamed to be sneaky.

No to find an apt comparison we have to turn to fantasy. In particular, to a series that started coming out more than 40 years ago called The Chronicles of Thomas Covenant the Unbeliever.

What type of anti-hero is Thomas Covenant?

I’ve been a fan of fantasy novels since I picked up a copy of David Eddings’ Guardians of the West. I was in ninth grade, and I read as many of these books as I could.

I was in the high school library when I picked up a copy of Lord Foul’s Bane, the first book in The Chronicles of Thomas Covenant the Unbeliever. When I got home I started reading it, it changed what I thought fantasy could be.

But I’m getting ahead of myself. I need to describe who Thomas Covenant is. In the series, he’s an author living in the Southwestern U.S. who contracted leprosy. The disease cost him his wife and kid, any social contact in the nearby town and left him impotent.

To treat his leprosy, he must stay on constant vigil because it has left him with deadened nerves. If he gets cut, he can’t feel it. It will quickly turn to infection.

In true isekai fashion, he is transported to a magical world that is threatened by the rise of the evil Lord Foul. His white gold wedding band is seen as a mythological weapon by the people of this world. He’s greeted like a hero and is given a balm that cures his leprosy.

The “truth” of this place is too much for Covenant. He denies that it exists. He takes this denial so far as raping the first woman he meets. I mean go figure, the series is called The Chronicles of Thomas Covenant, the Unbeliever. 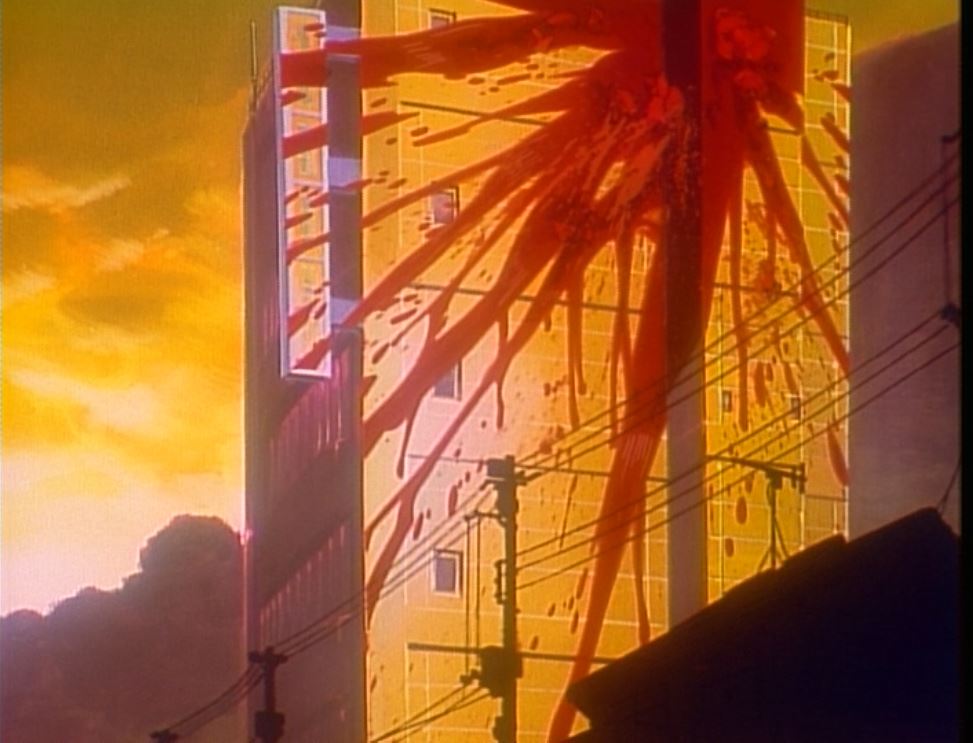 Everything he does after this point is fighting against the plot. He doesn’t believe he can help, and he really only goes along to find a way home. This is what makes him an anti-hero. It’s not a twisted sense of morality, it’s his insistence that he is not able to achieve anything.

Does that sound like any whiny Evangelion pilots that we know? Because it should. For the first four episodes, Shinji follows a similar arc. When we first meet him, he refuses to take action. He only pilots Unit 01 when he is shamed into doing it.

Once he accepts his role, he still does not believe he’s capable of actually standing up to an angel. Then we hit episode 4. I spent an entire post talking about the visuals of this episode, but there is a turning point at the end of that episode.

How the Shinji turns

Once Shinji accepts his position in the larger story, I also think he starts to turn a larger corner. He moves from being an anti-hero into the realm of being a hero.

The transition is subtle. When he talks with Rei on the escalator, he is still resistant to being involved with the Evas. He doesn’t trust his father. Those opinions are quickly silenced by Rei, and in the end, Shinji takes action by freeing Rei. Something that is obviously a heroic act.

When Asuka gets introduced, he is a passenger to her initial wild ride, but he doesn’t actively hamper it. Even with his conflict with Asuka in the next episode, the bickering isn’t actively working against the plot.

Granted there is an argument to be made here that his father still dominates Shinji’s life. While he’s acting the hero, he’s doing so for selfish reasons.

That is until episode 19, titled “A Man’s Fight/ Introjection” There is a little bit of set up necessary. At the end of the previous episode, Gendo takes control of the Eva using a dummy plug, and sets it loose on defeating the angel. At the end of the fight, Unit 01 grabs the pilot capsule with Toji inside of it and crushes it.

What is important is that Shinji was worried about the person inside of the Eva. While perhaps the more heroic thing would have been to fight the angel without killing the pilot, Shinji does the next most heroic thing — nothing.

Gendo’s action takes away his son’s ability to be noble. 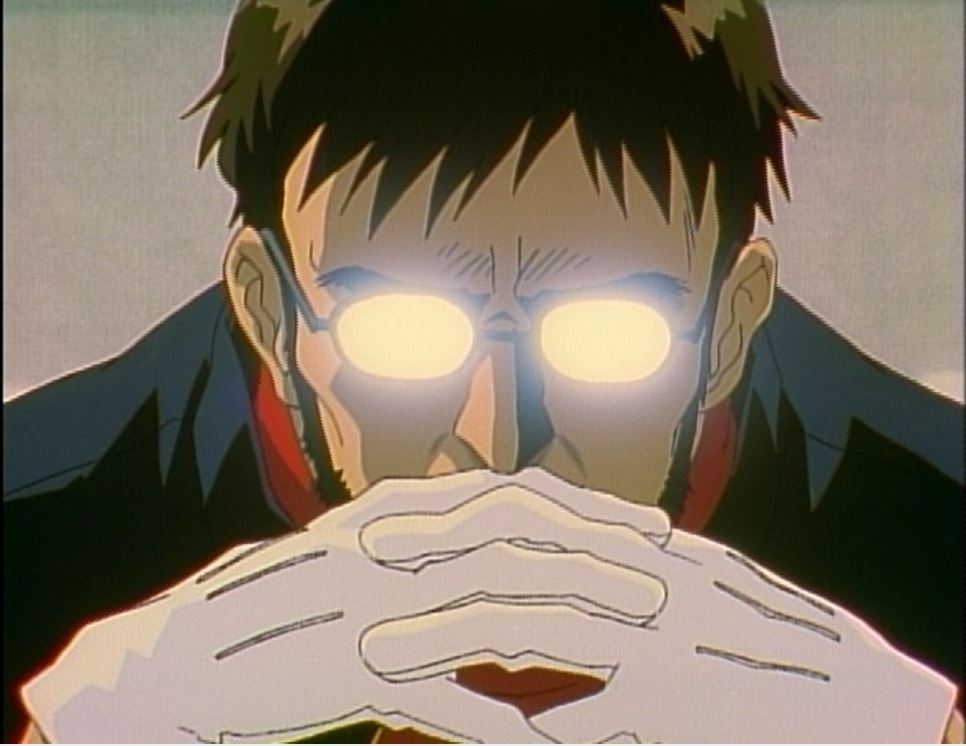 When we start episode 19, Shinji is threatening to destroy NERV headquarters because he feels betrayed. It may be a bit of an overreaction, but I’m not convinced that it is an action of an anti-hero.

Gendo again takes away his son’s agency, this time by choking him out. In reaction, Shinji decides to leave. Starting from here there are several people who try to talk him out of it.

Hallucination Rei in the mental railroad car asks him if he’s tried to understand his father, and when he says he has, she presses him. He rejects her there.

When Gendo presses him by saying “You disappoint me. I assume that we will never meet again,” Shinji responds by saying, “Yes. That is my intent.”

Aida tries and Misato tries, but in the end, it’s Kaji that convinces him.

Why is that important? Because of how Kaji changes his mind. Everyone else tried to pull on levers of the old Shinji. Hallucination Rei questioned whether Shinji’s interpretation of his father was right. Gendo tried to play off of his son’s infatuation. Aida explains that he thought Shinji was cool for getting to pilot the Eva. And Misato tries to apply the idea that Shinji won’t be happy if he walks away here.

Kaji’s argument is that Shinji has the power to stop the angel, and only he can use it to defend everyone.

Basically, he says to Shinji, “You can be the hero if you make the heroic choice.”

And that is what Shinji does. He makes the heroic choice, and he disappears for it. That is something I may touch on later, but I point it out because it shows a sort of endpoint for Shinji’s arc. I know there are seven more episodes, but I do think this episode (and a point with Kaoru later on) are really the turning points for Shinji.

A little bit of a disclaimer

I started off comparing Shinji to Thomas Covenant, and while I do think Covenant takes longer to come around to this point, I do think he does.

The problem is you can’t have the protagonist fight the plot for an entire story. It’s too tiring for the audience. While I do think both characters maintain some level of what made them an anti-hero in the first place, they overcome it and become heroes.

The two stories share another parallel. As they become more heroic, the world and the people around them become darker. The Land, which is the name for the world Covenant travels to, become encased in ice. A race of magical horses is nearly killed off, the magical bodyguards broke their vow and lost their position and the giants are killed off.

In Evangelion, we’re only a few episodes away from Asuka’s mental collapse, Misato’s emotional one and Kaji’s death. I’m already seeing the signs of Rei’s epiphany, which is marked by her trying to break the glasses.

So I’ll leave it up to you to decide. Do you think Shinji stays an anti-hero or does he turn a corner and become a hero?