I’m way behind on doing prompts for the Animanga Festival. I’m hoping to use part of my weekend to catch up.

Are you wondering what the Animanga Festival is? Well it’s this super neat event that Toritsukareru Koto is running where bloggers get prompts and write posts. There is a brochure about it here and you can check out their blog here.

All of that is a long way to say in this very special episode of The Otakusphere. Instead of sharing links of things I found interesting around the web, I’m going to plumb the depths of this blog and try to find some posts that I’m proud of. So I’ve got another IPA and I’m ready to cruise into my weekend and take a trip down memory lane. 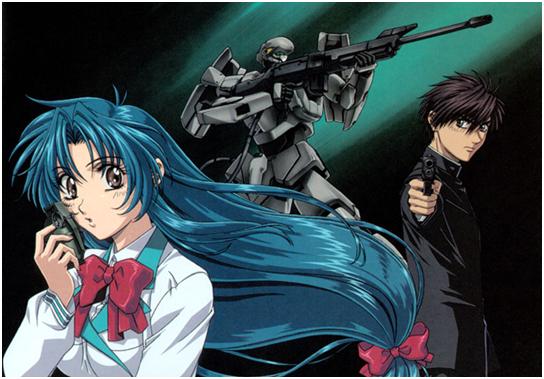 One of the things I’ve noticed about coming back to this blog 11 years later is that a lot of my general outlook on life has changed. I could probably write an entire essay on it, but I still really dislike when people use the word derivative in reviews. The heart of it is this statement:

“A show shouldn’t be judged on how much like other shows it is, but on the strength of its characters, plot, themes and things that actually matter. A show can be fundamentally similar to another show and still have things that make it interesting and worth seeing.”

That is a statement I still stand-by.

When real fansubs still walked the Internet, a lot of people had ethical debates about them. I had a fairly unique perspective as someone who largely bought anime, but wasn’t opposed to fansubs (The market drove their popularity and history has proven me right.)

They were some of my most well-read posts at the time because they had the largest reach. I think this post about the “myth of supporting the industry” is probably my favorite.

I like Full Metal Panic! I even like Gonzo’s season of FMP! Until I ressurected this blog though I had forgotten about this strangely deep treatise on FMP’s version of war as seen through the eyes of Souske Sagara. Though I’m not sure if I agree with my beginning points any more, I do think I reached an interesting conclusion.

One more and then I’ll share a few links from other places. I did an entire series of posts where I explained why certain shows were not in my all time favorite shows. I liked the responses to this one about the original Fullmetal Alchemist.

Instead of posting new stuff, I’m going to see if I can find some old bloggers from back in the before times for you all to check out.

Among the people smarter than me is batezi, who just wrote a good editorial post about Blade of the Immortal. Another anime I need to watch.

Also in the group of people smarter than me is thaliarchus, who used to write a blog called Animanachronism. Now he chronicles blogs that write about older anime. I’m angling for a link one day. 🙂

Then there is the former blogger baka-raptor, who used to be a cool dinosaur with a purple hat, but somehow turned into a person making videos.

And just to pour one out for a long line of dead blogs, I wish that Michael’s posts from anime|otaku were still up. That guy remains one of the nicest people that I’ve ever met.

Anyways thanks for reading, and I hope you enjoyed it.

4 thoughts on “[Animanga Festival] The Otakusphere: A long line of old posts”