Okay, so I feel like I need to explain my last post a bit. My intention was not to defend Weaboo actions (although arguably I did.) My intention was to point out the inherit flaw in elitist arguments and specifically pick apart an argument which seemed to say the only people who can create a product is the culture that developed it. And people who attempted to do otherwise were exploiting the culture and therefore bad people.

However, I do think the responses are interesting and I find myself torn on the issue of Weaboos. 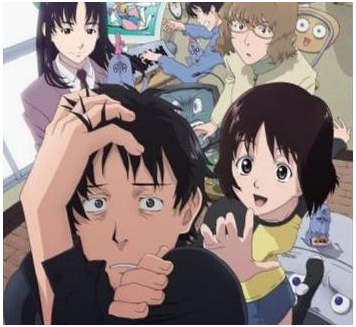 The issue of race

The fact that Weaboo came from the word Wapanese is not lost on me. With any discussion of culture clashes like this, race is going to come up.

I’ll be honest, I’m a little uncomfortable talking about race. Not because I don’t have opinions about race in America, but because I’m still bitter about being a white male going to a four-year university and being told I was a closet racist. So any opinion I have is tainted by my dislike of my liberal arts education. Also my inherent dislike of the idea of there being a singular white culture devoid of regionalism and class.

That said, there are some important issues revolving around race in this country. They’re issues which need to be discussed on a country-wide scale.

However, bringing race into a discussion about Weaboo bothers me for a couple reasons. First, it muddies the waters of what we’re talking about. What we seem to be talking about has less to do with race and more to do with people behaving badly.

While I can understand why someone self-identifying outside of their culture does seem disingenuous, I have a hard time thinking it’s racist. It’s like the white suburban kids who pretended to be black in the 90s, before rap became acceptable to the mainstream. Sure they were posers, but are they any different than the hipsters who pretend to be nerds because intellectualism is cool? I dismiss them, but I’m not offended by them.

What I find interesting is the discussion of Weaboo could really only come out of geek culture. We wouldn’t blink twice if some tweenie thought Fall Out Boy was the BESTEST THING EVAR. We might scoff a bit at the emo eyeliner, but in general, we’d accept it. We don’t balk at someone who is obsessive about their football team to the exclusion of all other football teams. We might even chuckle if they get half-naked and put paint on themselves. The thing is obsessive fanboys (or girls) don’t bother most people.

But when we start talking about obsessive fans in geek culture, well there’s something different. Now in all fairness, I haven’t dealt with too many Weaboos. I’ve dealt with a few here and there, but judging by what people have said the ones I’ve dealt with seem to be pretty mild.

I have dealt with a lot of D&D geeks though.

When I started playing D&D, I was desperate for something to take me out of the hell that was middle school. (I used to do some pretty bad things to myself in hopes of getting sick so I wouldn’t have to go.) I needed the escapism D&D offered and I became obsessive about it and by extension the fantasy genre. And in a lot of ways, I became the stereotypical D&D geek.

I breathed, ate and slept D&D for about two years. It was the only thing I could talk about. I was socially inept on a monumental scale. I’d say I was self-absorbed, but I think that would understate the problem. Even when my utter obsession faded, I was still horribly socially inept.

Now like most geeks, I grew out of it (at about 21 or 22.) I developed some level of social skills so I could pass in the normal world. My geeky hobbies because, well, geeky hobbies. I still have a certain level of embarrassment about being that kid, but I understand it too.

This leads me to my thoughts about Weaboos. 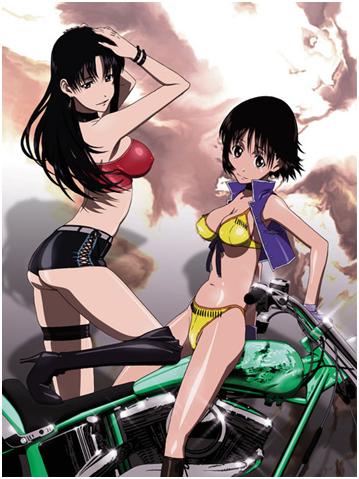 When I see people who are as socially inept as I was at 13 trying to operate in polite society, I’m torn.

On the one hand, I’m embarrassed. I don’t want to be associated with some guy who can’t talk to a girl without staring at her breasts and talking about how amazing his Great sword +5 is. Much like the embarrassment I felt watching the Sakuracon commercial, I didn’t want to be associated with those people either. (Although I think for a 30-second ad, it didn’t deserve the sheer amount of analysis it got.)

I want my geeky hobbies out of the eyes of people who are going to judge me for them, or at the very least I don’t want to wave my freak flag in everyone’s faces.

I can understand why a certain subset of people acts obnoxious because I’ve done it too.

So while I can’t completely condemn them because they’re ignorant of what they’re doing. I can’t really condone their ignorance.

While I agree it’s bad behavior, I have a problem saying they’re bad people for it, just misguided and misinformed.

10 thoughts on “In My View: The Weaboo Menace?”